The City of Boston: A case study on how to keep Latinos informed about the Coronavirus en Español

BOSTON, MA - MARCH 30, 2020 - (LATINX NEWSWIRE) - As authorities across the nation increase their lines of communication with the public in maximizing their abilities to inform and warn about the dangers of the coronavirus, they're still doing so predominantly in English.

The fact is that many important messages (from credible sources) are simply not reaching the millions of Spanish speakers in the U.S. (about 37 million) who aren't proficient in English to make sure they know how to stay healthy.

In Boston, a collaborative spirit that exists with the Mayor of the city and a local Latino media outlet has led to a successful effort that has helped fill that information gap.

“By going LIVE on our Facebook page, immediately following the daily press conferences of the city’s Mayor, the Commonwealth’s Governor (Charlie Baker) and President Trump’s conference, we’ve had a reach of over 1 million and our videos have been viewed nearly 400,000 times in a little over a week - which for us is unprecedented,” explains El Mundo CEO Alberto Vasallo, III.

Vasallo credits both Boston Mayor Marty Walsh and Massachusetts Governor Baker for providing their daily remarks ahead of time, so they can be translated and passed on in real-time to El Mundo’s Facebook feed to a rapidly growing viewing audience.

“We are also working with other area Mayors, such as Dan Rivera of Lawrence, where over 75% of the city’s 57,000 residents are Latino and consume their media in Spanish”, added Vasallo.

On average, every time Vasallo goes live, he is getting anywhere from 20,000 – 100,000 in reach, which is ten times higher than what they would normally get.

The need for local elected officials to tap into their Latino media outlets has never been greater.

Latinos are projected to be disproportionately impacted by the coronavirus pandemic as governments impose shutdowns on non-essential businesses and healthcare resources run scarce. And the need for timely information is crucial.

“This is where local, smaller Latino media outlets across the country can and should harness their social media platforms which allow for immediate news updates on a story that is, literally, changing by the hour. Most larger media outlets providing coverage in Spanish are doing so on a national level, but people want to know about their city, their neighborhood, their community. This opens up a major opportunity for smaller outlets that have bilingual journalists that can provide this service in Spanish and in real-time”, explains Vasallo.

And it seems that all it takes is a smartphone.

“The audience doesn’t care if you are in a fancy studio newsroom or in your pajamas in your living room – as long as you are providing accurate, up-to-the-minute information that they need, you will get loyal followers who will convert you into their primary source of information”.

The bulk of the LIVE on-air coverage is currently a two-man team consisting of Vasallo, who does the local daily press conference in real-time, and fellow El Mundo Boston team member, Victor Hugo Rodriguez, who handles the President’s remarks - especially when it comes to the economic impact and the relief assistance being offered by the federal government.

“People clearly understand this is a health crisis, but it has already become a financial one as well and very few people around the country are offering this type of analysis in Spanish”, says Rodriguez.

A recent Pew Research Center survey found 83 percent of Latinos saw the coronavirus as a threat to their personal finances.

According to an earlier study by Pew, nearly two-thirds of employed Hispanic adults say they would not get paid if the coronavirus caused them to miss work for more than two weeks, including about half who say it would be difficult to meet expenses in such a situation.

Another reality that has made this type of coverage in Spanish so important is that more Latinos are employed in jobs where they cannot work remotely.

According to a study by the Economic Policy Institute (EPI), only 30 percent of the U.S. workforce is able to work remotely, while less than 20 percent of Latino workers are able to.

"While the virus can affect anybody indiscriminately, certain populations are being harmed more. These numbers are telling that we have challenges in our response and need to be evidence-driven in how we respond from a public health and communication perspective”, says Scott Ratzan, a senior scholar at City University of New York.

“Smaller, local Latino media players can play a larger role than ever before. Approaching city officials and asking them for assistance is actually helping them do their job right now, and I am pleased to see how we have done it here in Boston. I am hoping others can do the same across the country”, adds Vasallo. 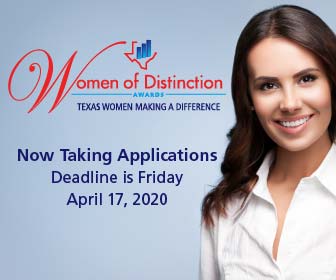 The City of Boston: A case study on how to keep Latinos informed about the Coronavirus en Español 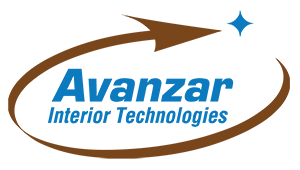 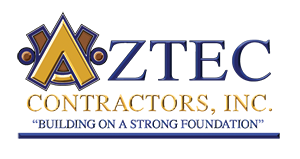