By DAVID A. DÍAZ

As of Wednesday, June 26, 2019, Rep. Terry Canales, D-Edinburg joined the ranks of dedicated leaders worldwide, such as former President Barack Obama, as being a recipient of an Honorary Doctorate with a Cause, bestowed by Claustro Mundial Universitario (World University Committee), for the South Texas lawmaker’s public service on behalf of international and immigrant rights. 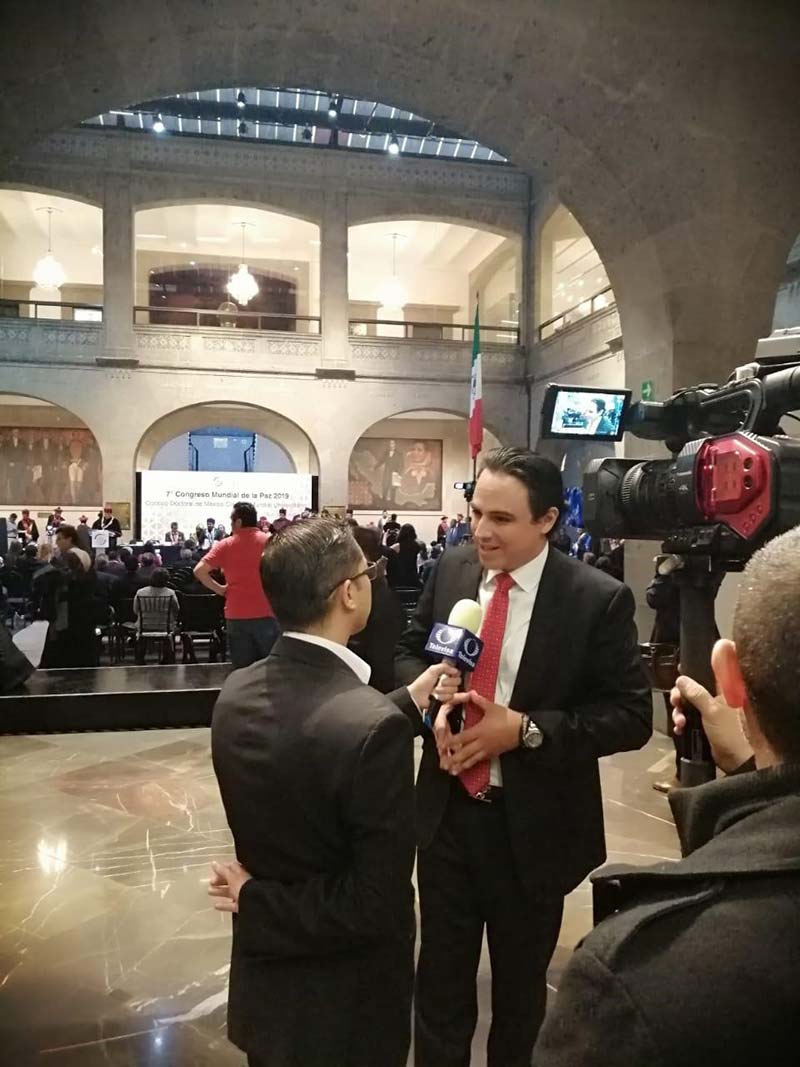 Canales and other designees received the Honorary Doctorate with a Cause from Claustro Mundial Universitario during their 7th World Peace Conference in a solemn ceremony which took place inside the historic headquarters of the Senate of the Republic in Mexico City.

The Honorary Doctorate with a Cause is a prestigious tribute granted to prominent individuals who fulfill their duties with respect and honor, and in the case of Canales, it was “delivered in recognition of his outstanding career, humanitarian contributions and his spirit of help,” according to the proclamation from Claustro Mundial Universitario.

In addition to the stated above, Canales, who also serves as Chair, House Committee on Transportation, earned the prestigious recognition for his public stances and actions on behalf of young immigrant children and their young mothers currently being housed in unhealthy and substandard living conditions in U.S. Border Patrol facilities.

Canales said he is humbled and honored to receive the Honorary Doctorate with a Cause distinction because throughout his tenure in the Texas Legislature, he has worked very hard on behalf of his House District 40 constituents and has never forgotten people in most need.

Canales’ selection for the Honorary Doctorate with a Cause was based on the highest standards established by the leaders of Claustro Mundial Universitario, which has a global reach with representation in 182 nations and five continents.

Since its beginnings in 1977, Claustro Mundial Universitario has positioned itself in the academic sector to highlight the work of renowned personalities, “paying homage to men and women who forge history and the reeducation of humanity,” according to the organization’s website.

The qualification process for selecting recipients for an Honorary Doctorate with a Cause is executed by a committee, which evaluates the aspects of the candidate.

“The Management of Higher and Postgraduate Studies, under the statutes which mark the Academic Committee in accordance with our principles, goals and regulations, following the protocols of the Public Education Secretary, the National Autonomous University of Mexico, in recognition of its Excellent Performance and Leadership Work in Education, Cultural and Humanitarian Help, have agreed to grant to Honorary Doctorate,” the proclamation further stated in the announcement about Canales by Claustro Mundial Universitario.

As he received his recognition, Canales said that regardless of Texans’ and Americans’ political views regarding immigrant children and their young mothers coming to the U.S., he reminded everyone of the famous phrase: “The true measure of any society can be found in how it treats its most vulnerable members.”

As further validation on his stance, on Monday, June 24, 2019, Canales wrote on his Facebook: “This weekend, I watched horrified at reports of the lack of diapers, soap, and basic hygiene products in our Border Patrol facilities, which are overcrowded from the influx of migrants crossing the Texas/Mexico Border. I reached out to the U.S. Border Patrol to ask how the Rio Grande Valley and the State of Texas could help. Could we provide diapers or soap or anything? Border Patrol replied quickly and told me that they cannot accept donations. It turns out that I was not the only one who tried to help.”

Among the national news coverage in the U.S. documenting the ongoing immigration tragedy, the New York Times, in a Friday, June 21, 2019 report filed by Caitlin Dickerson, provided its accounting of the situation, including the following perspectives from their article, titled “‘There Is a Stench’: Soiled Clothes and No Baths for Migrant Children at a Texas Center”:

“A chaotic scene of sickness and filth is unfolding in an overcrowded border station in Clint, Tex., where hundreds of young people who have recently crossed the border are being held, according to lawyers who visited the facility this week. Some of the children have been there for nearly a month.

“Children as young as 7 and 8, many of them wearing clothes caked with snot and tears, are caring for infants they’ve just met, the lawyers said. Toddlers without diapers are relieving themselves in their pants. Teenage mothers are wearing clothes stained with breast milk.

“Most of the young detainees have not been able to shower or wash their clothes since they arrived at the facility, those who visited said. They have no access to toothbrushes, toothpaste or soap.”

Prior to his appointment as Chair, House Committee on Transportation, Canales was a member for four years of the House Committee on Criminal Jurisprudence, where he helped shape dozens of legislative measures dealing with criminal laws and penalties, and probation and parole, including working directly on improving and passing laws that protect women and children from family violence.

Specifically, Canales supported legislation to let family violence victims know more accurately the whereabouts of convicted abusers when those criminals are out on bond for their violence, to develop classroom education to teach young people how to be in a healthy relationship, and to increase state funding for women’s shelters across the state.

In 2013, also of importance to anyone who has difficulty speaking, reading, or writing in English, Canales, who is an attorney, successfully guided his House Bill 2090 through the House Committee on Criminal Jurisprudence and the Texas Legislature to require a written statement of an accused that is signed by the accused or bearing the mark of the accused to be made in a language the accused can read or understand in order for such statement to be admissible as evidence against the accused in a criminal proceeding.

“HB 2090, which was signed into law in June 2013 by Gov. (Greg) Abbott, establishes a sensible procedure to ensure the integrity of the judicial system by requiring that the accused be able read and understand the written statement the person sign,” Canales said. “Before, it was possible that a non-English speaker could sign a written statement in English without understanding the content of the statement.”

This could put important evidence in doubt or could be used wrongfully as evidence in a case, he emphasized.

“In some instances, in Texas, a statement signed by an accused person who did not understand the statement has been used against the accused in trial,” Canales said. “This inaccuracy can undermine the criminal justice system. HB 2090 promotes fundamental fairness by simply requiring that the accused be able to read and understand their statements.”

In his continued efforts to ensure the well-being of not only his constituents, but all Texans, on Thursday, June 6, 2019, Canales joined with 55 of his colleagues in the Texas House of Representatives to urge President Trump to drop his threat made on Thursday, May 30, 2019 to impose tariffs (financial penalties) on Mexican imports to the United States “unless Mexico stops all illegal immigration into the United States.

“It is estimated that these tariffs could lead to the loss of more than 100,000 jobs in Texas, with a devastating impact on my community in the Rio Grande in particular,” Canales said. “There are better ways to achieve the goal of decreasing immigration from Central American without dealing a lethal blow to the Texas economy.”

In a related event five years ago, Canales, at the invitation of U.S. Congressman Henry Cuellar, D-Laredo, on Saturday, June 14, 2014, saw first-hand the the trauma facing refugee children in U.S. custody at the Border Patrol holding facilities in McAllen.

At the time, he said he was overwhelmed with compassion and fear for many of these undocumented immigrant children, who are being kept in holding facilities at the U.S. Border Patrol in McAllen.

“The Border Patrol is doing its best to take care of these children, but they just don’t have the facilities, manpower, and other resources needed to do what they do best, which is to protect our country, and to save lives, no matter where you are from,” Canales said.

“I do not care what your stance on immigration is,” Canales told the Rio Grande Guardian. “When you see a room full of four-year old’s or eight-year old’s with their noses pressed up against the glass, drowning in their own tears because they do not know where they are or who is going to save them, we have to treat them like human beings. There is no question this is a full-blown humanitarian crisis.”

The situation facing the refugee children was so alarming that Canales said he was too emotional to participate in a news conference following the Saturday, June 14 inspection of the conditions at the McAllen holding facilities.

He said he went back to his car and cried – something he said does not happen very often. 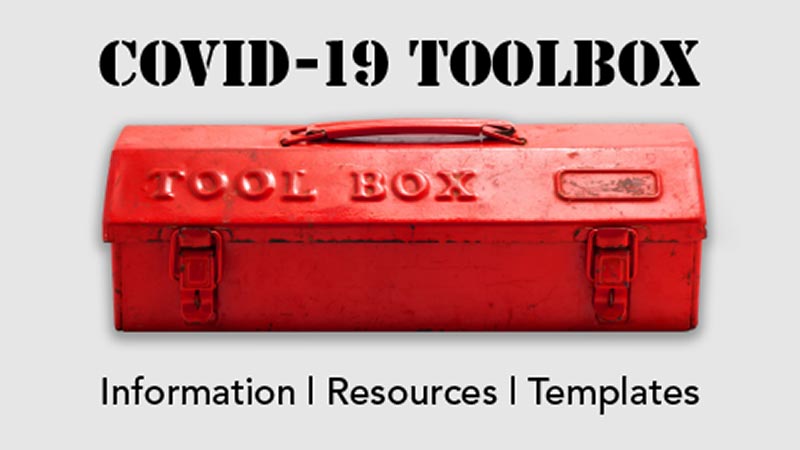 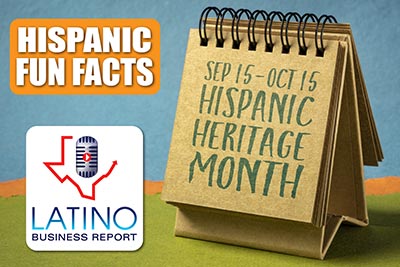