If The U.S. Latino Market Was its own Country, it Would be the 8th Largest Economy in the World.

When compared to the non-Latino U.S. cohort, the Latino cohort grew 4.5 times faster in terms of GDP, implying most of the U.S. growth came from the Latino population. Put another way, had it not been for strong growth in the U.S. Latino market, the U.S. economy would have likely contracted between 2017 and 2018. 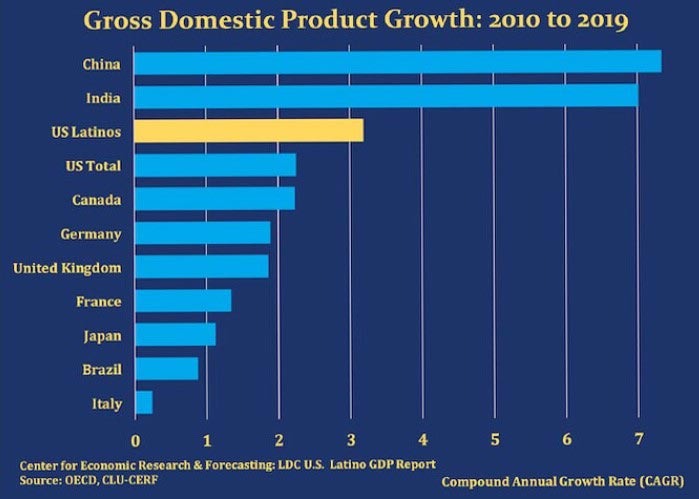 Did You Know That …

New research from New American Economy underscores the crucial role the Hispanic population plays in Texas’ labor force, population growth, and economy. The new series of factsheets, Power of the Purse: Contributions of Hispanic Americans in Texas, were prepared in partnership with the Texas Association of Business and the Texas Association of Mexican American Chambers of Commerce (TAMACC). 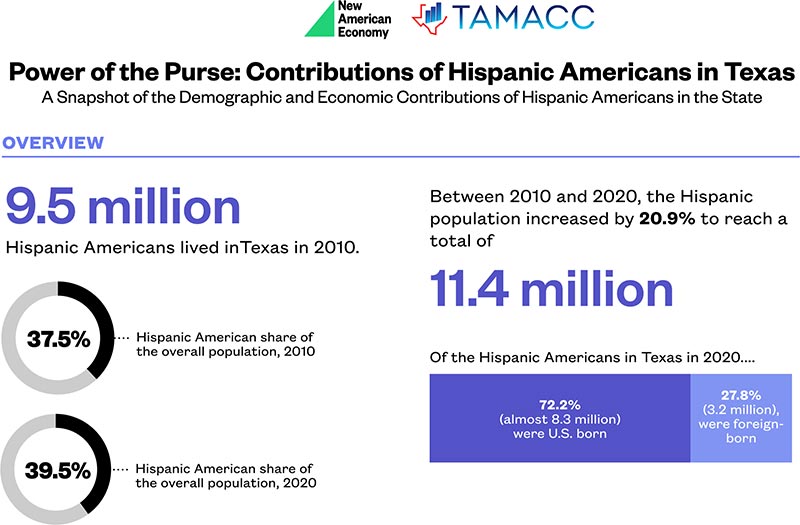 The Economic Benefits of Undocumented Workers in Texas

Most statewide and national studies on the cost-benefit analysis of undocumented immigrants suggest Texas is profiting from “illegal immigrants”.

A recent Rice University study said the state of Texas made more than $420 million off immigrants living in the state illegally.

“Texas made more than $420 million off immigrants living in the state illegally.”

The study, which replicated an outdated state comptroller report, finds that for every $1 the Texas government spends on the estimated 1.6 million people living in the state illegally, the state brings in $1.21 in tax revenue.

The Rice study is modeled off a Texas State Comptroller report from 2006, which had similar findings: Immigrants in Texas without legal authorization generated $424.7 million more than they cost the state. The study calculated costs to the state in education and health care services, as well as incarcerations. It measures benefits through state revenues and school property taxes. Local governments, however, shouldered $929 million in uncompensated health care costs and local law enforcement costs not paid for by the state, the 2006 report found. 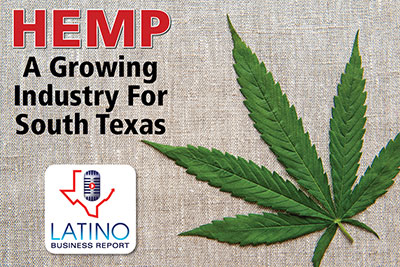 — After an extension of the registration, The Latin Podcast Awards have closed the registrations for 2022. The Registration period was available from February to June 22, 2022. It's go time for the nominees. —

PITTSBURGH, PA — June 28, 2022 — (NOTICIAS NEWSWIRE) — NASH kNOWledge today announced the launch of HigadoGraso.org, a new Spanish language website that provides information for those at-risk for nonalcoholic fatty liver disease (NAFLD) and nonalcoholic steatohepatitis (NASH). Hispanics/Latinos are at disproportionately high risk for both conditions. Despite this, there is a lack of …
View More