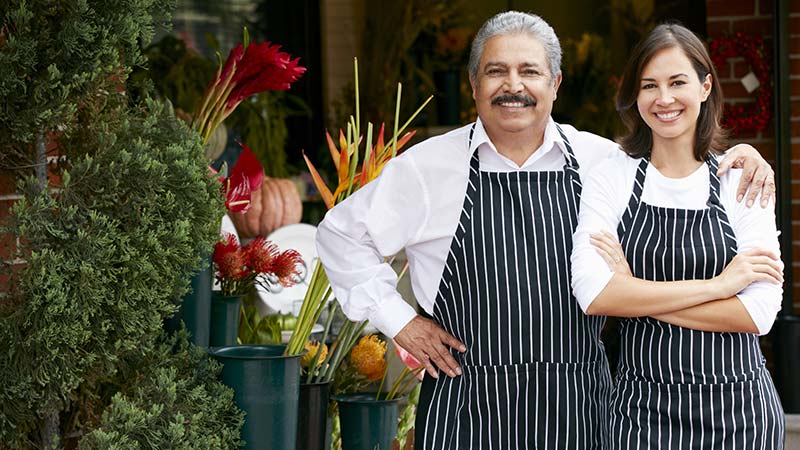 MIAMI, April 1, 2020 /PRNewswire/ — NBCUniversal Telemundo Enterprises, the leading media company serving Hispanics, announced the launch of “Nuestros Negocios” (“Our Businesses”), a nationwide campaign under the umbrella of Telemundo’s award-winning corporate social responsibility platform “El Poder En Ti” (The Power in You). Launched in partnership with the U.S. Hispanic Chamber of Commerce (USHCC), the multiplatform campaign will tap into Telemundo’s network, local stations, digital and social platforms to spotlight small and medium-sized Hispanic-owned businesses impacted by the COVID-19 pandemic and promote their services to help them sustain their businesses through these challenging times. Hispanic-owned businesses are the backbone of the U.S. economy, growing twice as fast as any other businesses in the country and contributing thousands of new jobs to their local communities.

“One in every four small businesses in the U.S. is Hispanic-owned and 75 percent of new businesses in the U.S are created by Hispanics. These fast-growing enterprises are fueling the economic engine of our country and leading small business growth across all groups. During these challenging times, it is critical that we help them overcome this unprecedented crisis,” said Cesar Conde, Chairman, NBCUniversal Telemundo Enterprises and NBCUniversal International Group. “More than ever, it is our responsibility to stand with the nearly 4.4 million Hispanic businesses that provide essential products, services and jobs to our community every day. They are the economic future of America.”

“Nuestros Negocios” will offer:
Weekly #NuestrosNegocios Segments – the network, local stations, digital and social platforms will spotlight small and medium-sized Hispanic-owned businesses impacted by the COVID-19 crisis and help them promote their services in order for them to remain in business.

Dedicated Online Resources ¬– in partnership with USHCC, the network will provide resources and guidelines to businesses in the language of their choice, as well as tips on how to navigate the Small Business Debt Relief Program – the CARES Act, the program that provides immediate relief to small businesses with non-disaster SBA loans. This information, as well as other resources to guide business owners and the overall Hispanic community through the latest government assistance loans, will live on telemundo.com/nuestrosnegocios. For additional information follow @Telemundo and #NuestrosNegocios on Instagram, Twitter and Facebook.

Bi-weekly Online/Social “Charlas” – online social media forums with business experts such as businessman and television personality Marcus Lemonis from CNBC’s “The Profit,” where local business owners and entrepreneurs can join and ask questions live. Playbacks of the forums will be made available across Telemundo’s platforms for continued access in both English and Spanish.

“We are pleased to be working hand-in-hand with Telemundo, such an important voice for our community, to make sure that our Hispanic-owned small businesses have access to the emergency resources they need to respond to the economic effects of the Coronavirus epidemic,” said Ramiro A. Cavazos, USHCC President & CEO. “We will work diligently with Telemundo to fight for these businesses and help advance the prosperity of U.S. Hispanics during these times.”

Telemundo Global Studios is the company’s domestic and international scripted production unit including Telemundo Studios, Telemundo International Studios, Telemundo International, Underground Producciones, an internationally renowned production boutique based in Argentina as well as all of the company’s co-production partnerships. As the #1 media company reaching Hispanics and millennials online, the Revenue Strategy & Innovation unit distributes original content across multiple platforms, maximizing its exclusive partnerships with properties such as BuzzFeed, Vox, and Snapchat. Through Telemundo Internacional, the largest U.S.-based distributor of Spanish-language content in the world; and Universo, the company reflects the diverse lifestyle, cultural experience and language of its expanding audience. NBCUniversal Telemundo Enterprises is a division of NBCUniversal, a subsidiary of Comcast Corporation.

What’s Next for Latinos in USA: Maria Elena Salinas Keynote Speaker at ‘Regain Our Latino Power’

NEW YORK, NY - October 20, 2020 – (LATINX NEWSWIRE) - What’s Next for Latinos in the USA? This poignant topic will be addressed by Maria Elena Salinas as Keynote Speaker of the second event organized by Latinas in Business Inc. to energize the Latino vote, “REGAIN OUR LATINO POWER – A National Conversation with …

WASHINGTON, D.C. – October 19, 2020 – (LATINX NEWSWIRE) - Murals for Humanity and Get Out the Vote will team up with the Anacostia Business Improvement District, the DC Department of Public Works MuralsDC program, and urban street art legends Hiero Veiga, Maya Hayukand, Peat Eyez and Jules Muck, to collaborate on a monumental mural …
View More